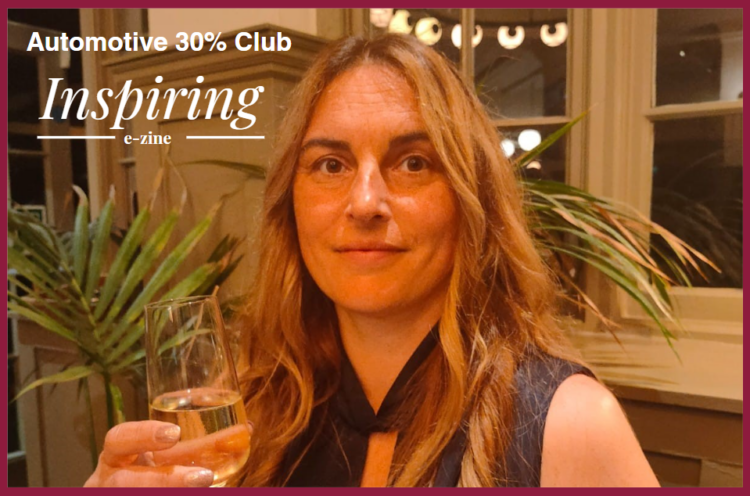 Back in 2021, Jo Castle, Former Workshop Controller at Automotive 30% Club Silver Member, TrustFord was recognised as an Inspiring Automotive Woman, in the Club’s IAW Awards 2021.

At the time, Jo was one of only a few female workshop controllers at TrustFord and remains a real pioneer, by helping to change attitudes in the workshop around what a good Workshop Controller is.

Jo’s nominator explained that ‘her performance made it easier for TrustFord to create a more inclusive culture and helped pave the way for more women to join TrustFord.’ Jo also works closely with the charity Brightside, which supports mentoring of young people, generally from disadvantaged backgrounds, and also supports gender balance activities through presenting herself as a role model for other ambitious women.

Her nominator added: “Jo is never afraid of sharing her experience and knowledge with other women who want to succeed in automotive. She is an inspiring woman who started at the bottom, took the hardest route, and succeeded in a difficult job at one of the biggest and most high-profile workshops within TrustFord.”

Since being recognised as an Inspiring Automotive Woman, Jo has moved roles in automotive and become a Service Manager at Endeavour Volvo, where she is responsible for running their service department. Below, Jo explains who inspired her to pursue a career in automotive, and some of the many people who have inspired her during her progression throughout the sector, and she tells us how it felt to be recognised as an Inspiring Automotive Woman.

Who or what inspired you to pursue your current role?

“I’ve been inspired by so many people in my career, technicians that taught me, co-workers and I have learnt something from each of my managers.

At school I was keen to join the automotive industry having had great male role models including my Dad who encouraged me to fix things and sparked my interest in mechanical workings and engineering, I was given a work experience placement at a Ford dealership which was headed up by a female Service Manager. Deciding to be a technician was my career of choice, I sought out an apprenticeship as a technician and gained an apprenticeship with Vauxhall. My manager at the time and tutors at college were fantastic in pushing me further and encouraging me to take IMI Automotive Management course, after the course was scrapped due to only three delegates signing up, the other delegates and I took our classes in a service reception and later the tutor was kind enough to teach us in his own dining room, this taught me that almost all obstacles can be overcome.

After working as a Technician, gaining experience in service and parts, and Customer Service Manager, I enjoyed my time at Ford for 12 years as Workshop Controller at a large dealership and I gained a lot of valuable knowledge and experience and this serves me well in my current role.”

How did you feel to be nominated by your colleagues in the Inspiring Automotive Women Awards 2021 and how did it feel to be one of our winners?

“I was honoured to receive the award and be selected from so many nominations. It is great to be recognised for my work and it’s great that The Automotive 30% Club was founded by Julia to enable nominations to be made and give coverage to the inspiring women in our industry.”