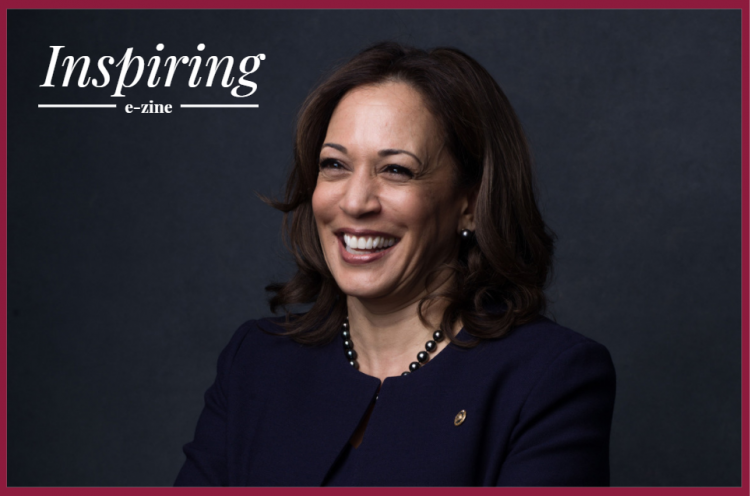 Kamala has made history this weekend by being named as not only the first female Vice President-Elect of the United States, she is also the first woman of colour in the role.

She will be sworn into office as Vice President in January.  This matters, because in a year when the US has never seemed more divided, she can complement the white, male establishment figure of President-Elect Joe Biden and bring different experiences and perspectives in a way that few others can. It is she who is the true antithesis of Trump, rather than her running-mate.

An award winning highly-respected prosecution lawyer, she was previously the Attorney General of California and was elected as a Senator in 2014. She is known for her support of women, LGBT and civil rights as well as her defence of the justice system and the police.

Kamala,  pronounced “comma-la”, and also known as “Momala” by her stepchildren, was born in Oakland, California, to two immigrant parents – an Indian-born mother Shyamala Gopalan Harris, a cancer researcher and civil rights activist and a Jamaican-born father Donald Jasper Harris, an economist and now professor emeritus at Stanford University.

In the 1970s as a young girl she was bused into school in Berkeley, a predominantly white area, from her home in a mainly black neighbourhood as part of a programme to end racial segregation in schools. She moved to Montreal with her mother when she was 12 and then returned to the US to attend Howard University, a historically predominantly black university in Washington DC. From there she moved to law school at the University of California.

Kamala Harris therefore has multiple intersectionalities and multi-dimensional diversity. She is a woman, of mixed asian and afro-caribbean race, raised to attend both Hindu and Christian churches, attending classes in predominantly white schools, and having the invaluable experience of attending school and living in a French-speaking area of a foreign country in her formative years as well as attending two universities, one with a predominantly black student body and one with mainly white students.

There can be no doubt that the experience of her youth gives her multi-cultural competence, and a much broader perspective and insight into the issues facing her diverse fellow Americans than most US politicians.

She was not successful when she ran for the nomination for the Democrat candidate, probably because many felt that the female antithesis to Trump would be rejected by much of the electorate.  In her speech on Saturday evening she thanked Joe Biden for “having the audacity to break one of the most substantial barriers that exist in our country and select a woman as his Vice President”. It was indeed a bold but clever move, that underlines how critical it is that men in positions of influence use their power to sponsor and champion high performing women who are often less popular simply because they are female.

It will of course be the case that many young women in the US and around the world will see Vice President-Elect Harris’ success as truly inspiring, and the breaking of another glass ceiling, and could believe that “if they can see it, they too can be it”. Hopefully, it will motivate many more women of all skin colours to stand for political office.

The election result was of course not a resounding victory for the Democrats, and although Trump was rejected, the Republican party and their policies were not. The new President and Vice President will need to find common ground with the disappointed voters in a time of civil unrest, economic turmoil and a health crisis, but as a white man and a woman of colour their complementary skills and insight will mean they will be better placed to do this than most. This is why gender-balance, diversity and inclusion really matters.