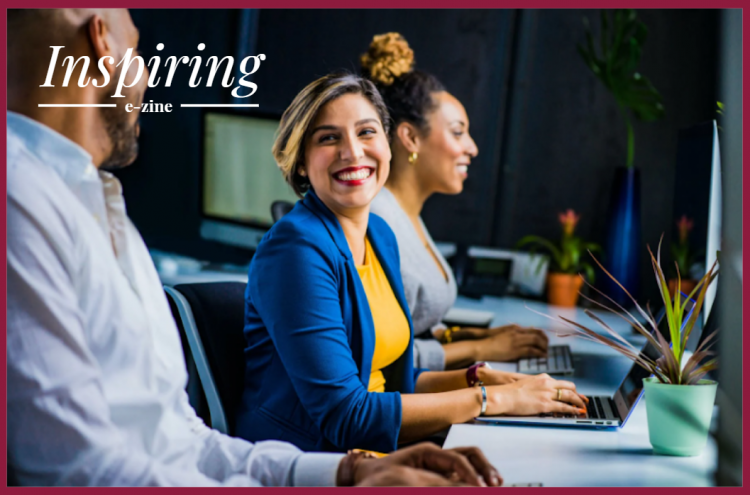 Last month we published the results from our October survey which asked our audience: ‘Do you think we are doing enough as an industry to attract more women to our sector?’

The results that came back showed that 46% felt we weren’t doing enough, and those who took part felt strongly that there should be more events and talks with schools, which showcase the many job roles within our industry to make it even more appealing to young women.

As a club I’m pleased to say that we organise lots of  ‘Reach Out’ activities to attract young women to the sector through our Inspiring Automotive Women Day and Inspiration for Innovation Network activities. In short, our IAW Day activities connect female school pupils with female volunteers from within our member companies with the aim of inspiring them to consider careers within the automotive industry, and our I4I Network activities aim to tackle negative gender stereotypes and career segregation in girls and boys, and to ensure that young diverse women in particular, see automotive companies and related tech industries as employers of choice.

We know reaching out to youngsters is just one area within which we can attract more women, but what else can we do? Automotive 30% Club Founder Julia Muir shares her thoughts below.

An employer with a gender imbalance either within the organisation or specific job role is legally permitted to take positive action to increase the number of applications from women. They of course should not discriminate against men during the recruitment process, but they can increase the number of women they are able to select from. Unfortunately, confusion around equal opportunity legislation means many employers are reluctant to target schemes specifically at women even though they are perfectly entitled to do so.

In addition to young women in education, there are several sources of female talent that you should reach out to:

Women within Your Company

Many organisations will employ higher numbers of women in occupations that are traditionally more attractive to them. There will be high performing women in HR, training, finance, marketing and administrative roles. Development pathways could be created to enable them to move across functions into more operational roles or with profit and loss responsibility that are deemed as business critical and are important stepping stones to the top team. I personally moved from HR to sales within Ford and found the skill set employed to be virtually identical.  Women need encouragement and support to move from a specialist function into a role that would give them more business leadership experience. This can be done successfully by making at least one cross functional move the norm for all employees as they move up the career ladder.

Women Who Have Left Your Company

Your organisation will have invested significant amounts in the recruitment and development of female employees who then went on to exit the company. Their reasons for leaving will be many and varied, but is most likely to be due to a perceived lack of promotion prospects. A report by PwC in 2015 found that for both male and female job movers and job hunters, a lack of opportunities for career progression was cited as the top reason they decided to leave their former employers.

Women have told me that they left due to an inflexibility of working hours leading to difficulties balancing work and home commitments, or because the manager they were working for at the time was incompetent. In your journey to become an inclusive organisation you will need to address these issues, and now is the time to reconnect with these women, many of whom will have joined other companies and climbed the career ladder to senior roles. You shouldn’t hold a grudge for apparent disloyalty, it’s likely they would have stayed had you had the conditions at the time in which they could thrive. Track down your female diaspora via LinkedIn and negotiate their return. Experience gained at a competitor or supplier could be extremely useful.

These are women who have relevant experience and expertise in your sector (not necessarily your company) and have had a few years out of the working world. Traditional recruitment practices have discriminated against them due to the rejection of people with CV gaps. I have personal experience of this. Several years ago I was headhunted for a role in an automotive manufacturer for a similar role to one I had held at Ford of Europe. I was on a career break with two young children and was not looking to return to corporate life but was intrigued when approached. However the headhunter called and confided that the recruiting managers refused to look beyond the gap on my CV and that I was a mother, despite the headhunter pointing out that it was discriminatory.  It made me wonder how many women actively applying to roles there were being rejected on discriminatory grounds.

It’s a myth that women lose their skills and experience when they take a career break. In fact they develop their skills even further; planning and scheduling, project management, team leadership, problem-solving, crisis management, and conflict resolution are all required of a primary carer of dependents.  Creating an International Book Day costume for a young child with 12 hours notice using only cardboard and Sharpie pens needs untold levels of creativity and ingenuity. Women who are forced to give up their job to facilitate the relocation of their family due to the promotion of their partner demonstrate significant skills when they take charge of managing the house move, finding new schools, and learning a new language if it is a foreign assignment. An organisation called Women Returners helps corporate employers tap into this talent pool through structured re-entry programmes, and have proved that such women only take a few weeks to perform to a high level in the new role. So all that’s needed is a slightly longer induction period to enable them to familiarise themselves with updated office systems and protocols. Many women returners feel more comfortable returning in a role lower than they left; but employers should challenge this, because when their confidence quickly returns they could be employed at least at the same level they left on.

You can find these women through organisations like Women Returners and also through professional connections on LinkedIn. You could also implement a recruitment campaign targeting them on social media.

There are many talented women in leadership roles that work for your competitors, or don’t work in your sector but have transferable skills. These professionals may be looking for opportunities in organisations that have an inclusive culture and have made a firm commitment to improve the gender balance.  Promote your inclusive values and the action you’re taking to get a gender balance on social media platforms. Engage with women’s networks and other professional networks to identify potential hires. Encourage your female leaders to take part in digital conferences, webinars and host virtual networking events to raise the visibility of the fact that women have a seat at the executive table at your company. Attracting top performing women from one of your competitors will have the double impact of gaining a valuable resource as well as depriving your competitor of it.

There are many deep pools of diverse talented women both within your company and beyond. Succession planning policies should be innovative and creative, and include cross functional moves. Your future female Sales Director could currently be working in Training. You should look to hire in at all management levels and not just at the entry level, and attract women with expertise in running business units. Enticing a top performer away from a competitor helps you and hinders them. It is important to realise that company policies that prohibit external recruitment, such as hiring freezes, could damage your plans to achieve a gender balance. If your internal female pool is small or relatively new and inexperienced it will take a long time for them to move up the pipeline, so it’s essential to be able to look externally if you are unable to develop gender balanced short lists from internal candidates.*

*This is an extract from Julia Muir’s upcoming book ‘Change the Game – A Leaders Route Map to a Winning Gender Balanced Business’ available on general release through Practical Inspiration Publishing from the 9th of March 2021.