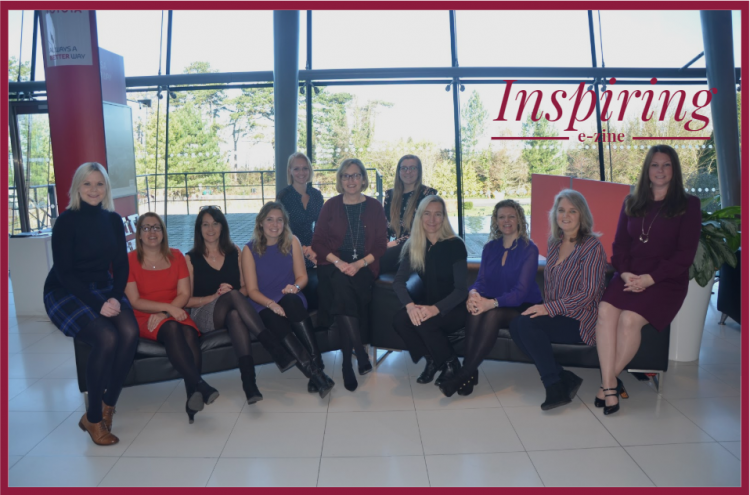 The Automotive 30% Club was founded by Julia Muir, CEO of Gaia Innovation Ltd, with the purpose of achieving a better gender balance within the automotive industry, and with the aim of filling at least 30% of key leadership positions in the member organisations with women by 2030 through a “30 by 30” strategy which has four phases; Reach Out – to attract more women, Welcome In – to remove bias in recruitment, Pull Through – to pull women through the promotional pipeline, Hold On – to retain talented women. Julia recently caught up with Toyota GB, who detailed the amazing work they are doing internally to support the ‘Pull Through’ phase.

Toyota GB currently has 12.5% (1 of 8) female representation on the UK Based Executive Committee and 18% in the Direct Report Group. It does not have a UK based board. According to their 2019 gender pay gap report, they have 17.6% women in the upper pay quartile, 24.3% in the upper middle quartile, 31.1% in the lower middle quartile and 71.6% in the lowest paid quartile. The company is committed to achieve at least 30% of key leadership roles to be filled by women by 2030.

Toyota GB management identified that the majority of women they employed are in the lower levels of the organisation. Their Women in Business group (40 women from all levels of the organization), were asked what support they could be given to thrive in the Toyota business.  Their responses reflected that the women were less comfortable with self-promotion and more likely to admit what they couldn’t do than celebrate what they could. Despite performing well, many of the women felt they lacked confidence and were affected by Imposter Syndrome. This is supported by research evidence which finds that men tend to have an inflated view of their performance versus how others perceive them, whereas women often underestimate their ability. This is exacerbated by a tendency towards perfectionism in women and a greater fear of failure.

On the premise that this reluctance to recognise their own performance and potential could hinder their progression, a personal development programme called “Women on the Verge” was developed to help to address it, with a focus on owning and changing the conversation about the woman herself, and owning what she wants to be and truly believing she could be it. The purpose of the development support was not to try to “fix the women” to enable them to progress within the current Toyota culture, it was to enable them to fully and realistically appreciate their own talent and abilities, and be able to articulate them and be comfortable in making them more visible to others. The programme content emphasised the importance that Toyota places on inclusion of women at all levels of the organisation.

Women on the Verge is an intimate workshop designed for a small group female only setting, building on research that provides evidence that women learners excel in such an environment. Through conversation and discussion, the participants look at tools for managing perception with critical audiences, building the woman’s own brand and reputation management campaign, cultivating confidence that comes from within and building emotional resilience and mental toughness. The session provides an empowering environment where individuals can explore the challenges and opportunities that being a woman at work can bring and helps them build the confidence and support to move further towards their own potential and possibilities.

The programme was designed and developed by IDology Partnership, a Coaching Consultancy with decades of experience working with high potential women all over the world. IDology’s philosophy is grounded in an exploration of individuality and what it means to ‘just be yourself’.

After seven workshops with 47 women attending in total, it’s having a lasting impact on the participants. They have recommended it to others and have also created their own social support network, continuing to build on the relationships created in the sessions. The fact that participants came from all areas and levels of the organisation has already improved communications and links across the business and increased the visibility of those attending.

More women are asking to attend future workshops and so Toyota has decided to extend the programme, and will also be adding a sustainment workshop for the initial participants to review how they are progressing the actions they committed too and also to look at how they can as a group support other women in the business and share their learning.

In addition to the Women on the Verge programme, every newly promoted person at Toyota GB is assigned a trained coach from the management group for a period of 90 days to help them to quickly settle into the role. All employees can request a coach if they feel it will be of benefit with their career progression. For three years Toyota GB have also participated in the Women Ahead Global 30% Club cross company mentoring scheme, through which over 30 women have benefited from being mentored by senior executives from other sectors, and the same number of Toyota leaders have been mentors to women from other companies. Many of the Women on the Verge programme participants have also been coached or mentored. This combination is found to be the most effective way to help women to progress because it adds the new found confidence of the woman to express her abilities, to the influence on career opportunities that a sponsor or mentor can bring when they are aware of the woman’s true abilities.