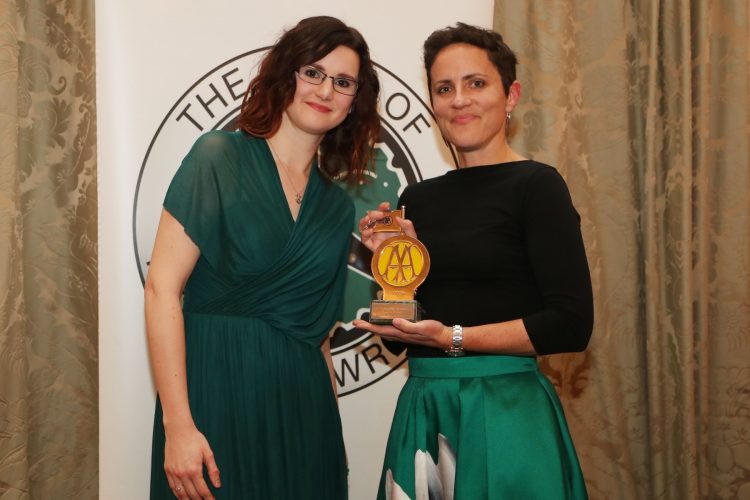 It’s always a bonus to be given a shiny industry award at the end of the year, especially when you’re a woman in the very male-oriented automotive world, but the gong I was handed earlier this month was a boon not just for me, but the industry too.

I was given the Campaigning Journalist of the Year award, sponsored by the AA, at the Guild of Motoring Writers’ annual bash, not for work around a traditional area like road safety, but for the voice I’ve been trying to give female motorists or the past few years. While it’s lovely to have the award in the loo, it’s far more lovely for the awards panel to recognise women as a topic deserving of recognition.

There are thankfully some powerful organisations like the Automotive 30 Per Cent Club, and events like Haymarket’s Great British Women in the Car Industry awards, which are set up to push for more female empowerment and employment in OEMs and dealerships, but few platforms create content, or a tone of voice, for the female motorist. Yet women now hold 51 per cent of licences in the UK. We are about 12 million of the motorists on British roads. Forget being a minority: we’re not even on a par with men – we are now the majority. And yet marketing messages, adverts and retailer outlets have all traditionally been set up by men, for men, and all areas are frankly still woefully slow to change to the mindset or requirements of the majority consumer.

My background is entirely in media – at 29 I was The Telegraph’s first female motoring editor, and am now Editorial Director at Auto Trader (a FTSE 100 company with 50 per cent women on its board). For 15 years I have been testing and reviewing cars, writing features about industry topics, appearing on radio and television to discuss it all further, and yet I’m still one of maybe five female motoring journalists in the country. You simply can’t have that paucity of media representation for the majority consumer: it’s faintly embarrassing. Buyers like to see products reviewed by people who are like them – it’s bluntly a matter of empathy. If you were in the market for a dog-friendly car, whose review would you trust more: that of an expert who had a dog, or one who’d never owned a pet? It’s that simple.

One senses the tide is – too slowly by far – starting to turn: I now review cars for Marie Claire and Vanity Fair as well as Auto Trader. Marie Claire marks a real turning point: for the first time ever, a female lifestyle magazine with a traditional focus on fashion and beauty is taking car reviews seriously, because it rightly recognises the value of such content to its readers, who are also motorists. It deserves to steal a march here, because others will follow suit sooner rather than later, tempted if nothing else by the revenue on offer from OEMs and retailers keen to reach strong female audiences with independent spending power.

Let’s hope my award is the start of a fast-moving groundswell of action to give female motorists the media representation they so badly need when choosing their next car.