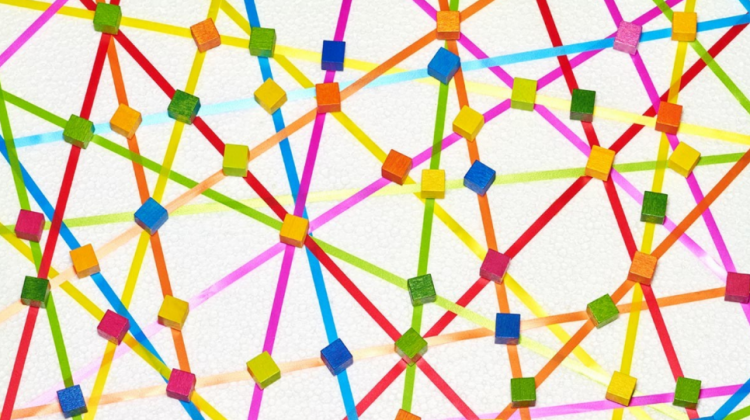 To pursue happiness and success we must work together, rather than trying to light up darkness alone. This article detailing ‘Do Women’s Networking Events Move the Needle on Equality?’ by Shawn Achor in 2018 encompasses the importance of women’s conferences, in relation to our ability to shine brighter.

Read the full article ‘Do Women’s Networking Events Move the Needle on Equality?’ by Shawn Achor below:

Recently, I was flying home from the Conference for Women, where I had been invited to speak. I was carefully holding a copy of the conference program on my lap — my mom likes to save them, and I wanted to be a good son and bring her back an unwrinkled copy. The guy sitting next to me on the aeroplane noticed it and asked me about the conference. I told him it’s a series of nonprofits across the country that run conferences for women from all industries to talk about leadership, fairness, and success. He then surprised me by saying, “I’m all for equality, but I’m not sure what good a conference will do.” Done with the conversation, he put on his headphones, content in his cynicism as I stewed, trying to come up with the best, albeit incredibly delayed, response.

By the time I landed, I realized the best response to such a cynical attitude would be data. It won’t change anyone’s mindset to just claim that connecting women is “important” and will “have an impact at work and in You and Your Team Series Networking 3 Simple Ways for Women to Rethink Office Politics and Wield More Influence at Work
society.” We need to show that it actually does. That’s why Michelle Gielan, best-selling author of Broadcasting Happiness, and I partnered with the Conference for Women to see if we could test the long-term effects of uniting women. Spoiler alert: The results astounded even us.

In our initial study of 2,600 working women across functions and industries attending Conferences for Women in several U.S. states, we examined several outcomes that occurred in the year after the women attended the conference. Since women who attend a conference might be different demographically and psychographically from women who elect not to, we used a control group that was made up of women who signed up for a conference but had not yet attended.

As part of the study, we were looking for two types of positive outcomes in women attending a conference: financial outcomes (pay raises and promotions) and intellectual outcomes (increased optimism, lower stress levels, and a feeling of connection). Since we were looking at financial outcomes, we made sure the time period we studied was the same for the research group and the control group, to account for any changes in the larger economic landscape.

For the women who’d signed up for the conference but had yet to attend, 18% received a promotion during the time period we studied, compared with 42% of women who had already attended the conference. In other words, in the year after connecting with peers at the Conference for Women, the likelihood of receiving a promotion doubled. (I wish I could find that guy on the plane to share this stat with him.)

In addition, 5% of the women in the control group received a pay increase of more than 10%, compared with the 15% of women who had attended the conference. That means that in one year, attendees had triple the likelihood of a 10%+ pay increase. (Remember, this isn’t selection bias — women in the control group were also signed up to attend a
future conference.) We also polled the women who’d attended the conference about how it affected their overall outlook. 78% of them reported feeling “more optimistic about the future” after attending. While we did not compare this with the control group’s outlook, this still seemed like a significant finding to us in part because of what we know about how a positive mindset can affect other aspects of life. In my HBR article “Positive Intelligence,” I describe how optimism can create a “happiness advantage,” where nearly every business and educational outcome improves as a result.

Perhaps most tellingly, 71% of the attendees said that they “feel more connected to others” after attending. This is important. In my book Big Potential, I outline why the greatest predictor of success and happiness is social connection. Research has shown that social connection can be as predictive of how long you will live as obesity, high blood pressure, or smoking. There is power in connection. I start Big Potential with the story of a study of synchronous lightning bugs from Indonesia, in which
researchers at MIT found that if lightning bugs light up alone, their success rate for reproduction is 3%. If they light up simultaneously with thousands of other lightning bugs, their success rate rises to 86%. By lighting together, they could space themselves out to maximize resources, and the increase in their collective brightness would help them be seen for up to five miles! I wrote Big Potential because I have found that if people feel like they are trying to get out of depression alone, or fighting inequality alone, or striving for success alone, they burn out and the world feels like a huge burden. But there is a powerful, viable alternative to individually pursuing success and happiness: doing it together.

I’m not sure every conference would have such a long-term positive impact. I have been to quite a few where either the conference is unengaging or the attendees are disengaged and on their phones. I think it’s safe to say there is an inverse relationship between the benefits you’ll get from a conference and the time you spend on your laptop or phone.

But the key to a beneficial conference, based on my experience speaking at more than 900 conferences over the past 12 years, are (1) a sense of social connection felt by the attendees, (2) engaging sessions, (3) leaders who role model and exemplify the qualities that the conference is attempting to instil, (4) a memorable moment, and (5) a realistic assessment of the present with an optimistic look to the future. Based on the responses of the women in this sample group, we see elevated optimism and social connection, as well as superstar role models (for example, Michelle Obama and Brené Brown also spoke at the event I went to). Moreover, many of the sessions offered practical applications for moving forward at work, such as how to ask for a raise, or stories from other women to let you know that your experiences at work are not unusual or isolated.

Laurie Dalton White, founder of the Conferences for Women, adds, “Something special happens when you see that you are not alone. Making connections and building relationships with other attendees and speakers helps women form an understanding of their worth, and then they learn strategies to ask for promotions, seek fair pay, and even become mentors to others. We invite women like Michelle Obama and Sheryl Sandberg to speak at our conferences not just because of their own personal success
stories, but because they are role models who inspire women in both big and small ways.” There is power in connecting, and it’s not just about gender. Men and women alike can benefit from the power of connection. If you are a manager, encourage your employees to go to events where they can connect with others to remind them that they are not pursuing success and happiness alone. If you are a CEO, invest in conferences that help build up all members of your organization, regardless of where they sit in the
organizational hierarchy.

We have so much more to learn about the value of connection in a hypercompetitive world. To the guy sitting on my plane: This research shows that cynicism regarding women’s conferences and initiatives is unfounded, unconstructive, and uninformed. To the rest of us seeking a positive path forward at work and in society, regardless of gender: We must pursue happiness and success together. Like the lightning bugs, rather than trying to light up the darkness alone and in isolation, there is power when we add our light to something bigger. In doing so, we shine brighter.